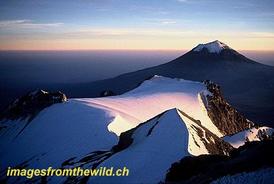 Popocatepetl is a volcano with forested slopes and a snow-capped cone and large crater. It is the second highest peak in Mexico at 17,887 feet (5452 metres) behind Pico de Orizaba at 18,405feet. The name Popocatepetl is Aztec for Smoking Mountain, and is often, conveniently, shortened to Popo. Popo and its neighboring volcano Iztaccihuatl (17,342 feet.) dominate the sky southeast of Mexico City. They are located less than fifty miles from the city, and are separated from each other by a ten mile ridge. Popo's last major eruption was in 1947, although on December 21st 1994, it awakened from dormancy, spewing gas and ash, which was carried by the wind as far as Puebla, 25 miles east. Surrounding towns were evacuated, and scientists have since been closely monitoring Popo for signs of a possible eruption. The first recorded ascent of Popocatepetl was by the Tecuanipas tribe in 1289. The first Spanish ascent of the mountain was an expedition led by Diego de Ordaz in 1519. Emperor Moctezuma sent ten warriors to climb the mountain sometime between 1502 and 1519. Only two of these warriors survived the climb.

I cannot seem to find any information on how to ski at Popo or where there might be lifts. I read the most recent comment here from El Pico de Orizaba and felt hopeful, but I cannot find any further information. Does anyone have any more info? 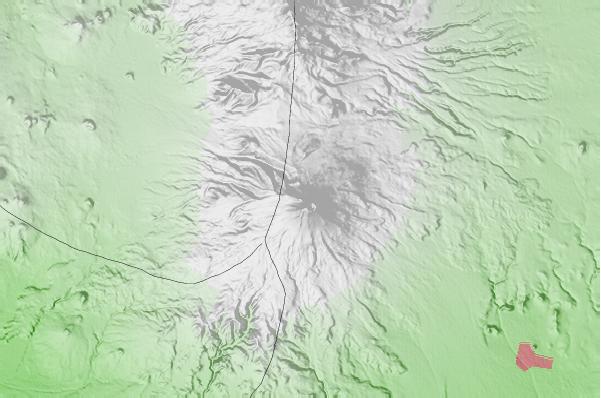